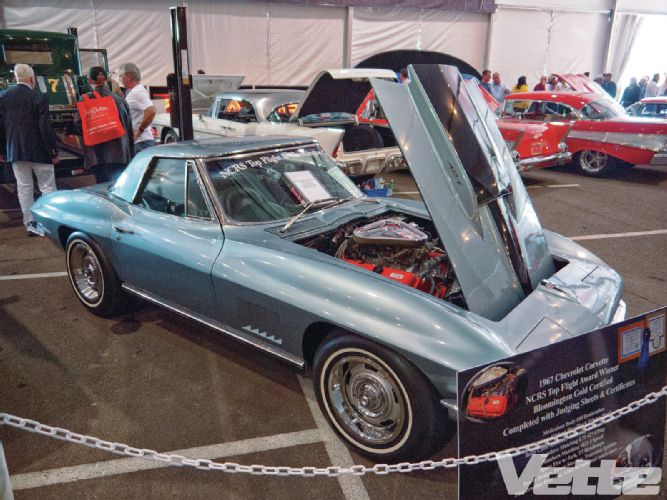 The normally arid desert city of Scottsdale, Arizona, was abloom with  Corvettes--in particular, custom Corvettes--this January. Modified cars and  one-off creations seem to have gotten more of the auction "green" this year in a  segment of the hobby that is normally dominated by factory-stock-appearing  vehicles. Barrett-Jackson instigated this lifestyle-driven auction event, held  in Scottsdale every winter. Barrett is the biggest of the five auctions that  take place during the third week of January, and the one known for earning  otherworldly prices for Corvettes, customs, and muscle cars alike. Curiously,  the factory-original cars often seem to underperform here, compared with their  customized cousins.